Ever since Chapter 2, Season 5, NPCs have taken up residence in Fortnite's landmarks, places of interest, and major hubs. A new season of Fortnite means a new population of NPCs to meet and greet--or sometimes defeat. On the island right out of the gate with Chapter 3, Season 2 are 24 NPCs ranging from returning heroes to brand-new ones. Many of them offer unique weapons, perks like storm circle information, and items for sale, so aside from simply filling out your collection, you'll want to meet them all as soon as possible so you can know where to find some of Fortnite's best gameplay items. Here's where to find all Fortnite NPCs in Chapter 3, Season 2.

There are 24 NPCs on the island currently. While some are just where they were last season, many more are in new places, or have never even been in the game as NPCs until now. As usual, not all NPCs are available in every round. Some groups of NPCs rotate in and out in places like Camp Cuddle and The Joneses, for example. We've made it clear which ones will be trickier to find as a result of variable spawn rates. Use our map below to help locate all NPCs for related challenges, items, and to read their lore-heavy dialogue. 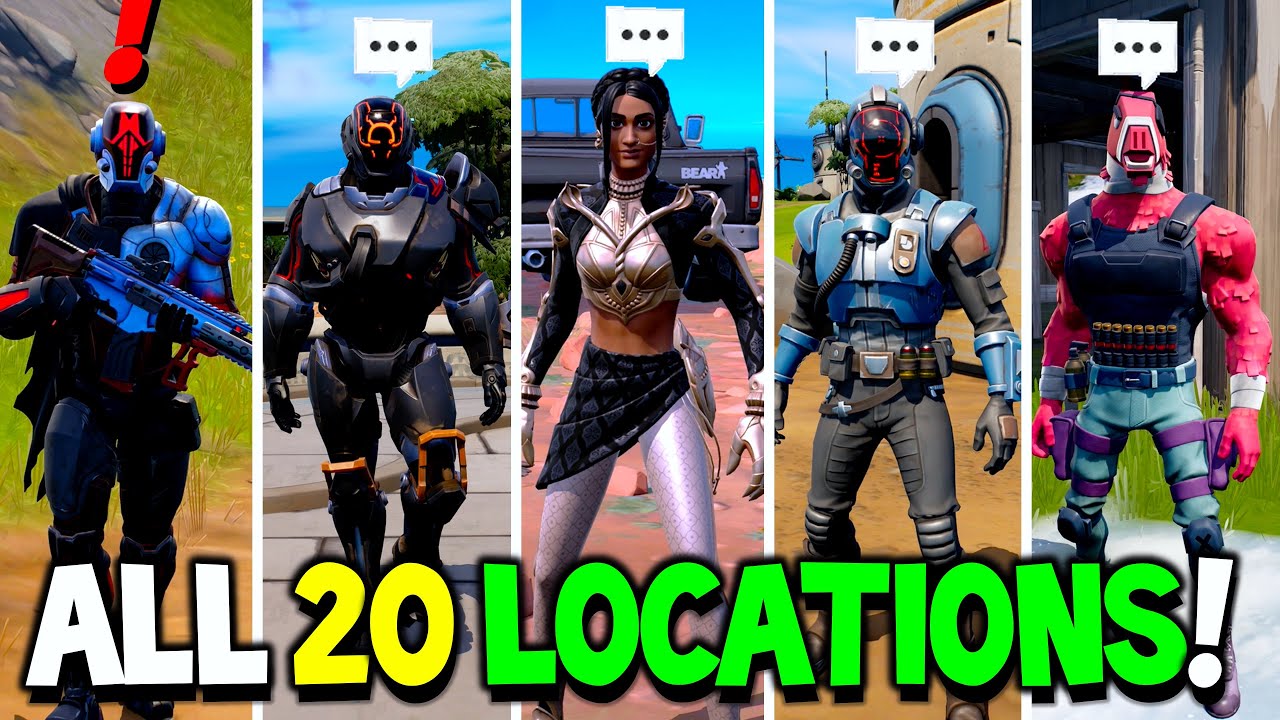 The reason so many NPCs are in hiding is that they are a part of the Resistance, the group of loopers who have taken up arms to drive out the Imagined Order. These heroic NPCs have formed makeshift operating stations complete with Seven tech in small, easy-to-miss rooms where the IO hopefully won't find them.

Also note which NPCs are hostile, as they'll shoot you on sight. However, this also means they each drop Mythic weapons, which are unique and can only be equipped by one person at a time, as there are no duplicates. As for the NPCs at The Joneses or Camp Cuddle, remember that they won't all spawn in every round.

At The Joneses, you'll usually be missing one or two versions of Jones in each round, while at Camp Cuddle, just one of the three NPCs in small colorful cabins will spawn in each round--alongside the everpresent Cuddle Team Leader--so you'll need to pass through several times until you meet every1. Agent Jones and The Imagined, meanwhile, both spawn at any Seven Outpost, though they don't seem to spawn at the same one in the same round, so this look does require a bit of luck.

As more NPCs arrive on the island this season, we'll update our list and map so you can meet them quickly and fill out your collection book once more. For more on Fortnite Chapter 3, Season 2, check out our guide to the new weapons, map changes, and the battle pass.